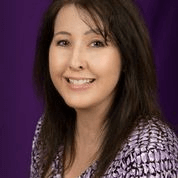 The Holly King and The Oak King

A beautiful goddess of nature gives birth to twin boys representing different aspects of the same being.   The first child is lively and full of warmth, while the second is dark and cold.  As a result, they fought for supremacy over the seasons, splitting them into two halves.
The dark & cold child becomes the Holly King, who rules the waning year from Midsummer to Yule, and the lively and full of warmth child becomes the Oak King, who rules the waxing year from Yule to Midsummer.
The Holly King represents the darkness, mysteries, and inner knowledge, and the Oak King represents light, growth, wealth, and expansion.  The battle between the Kings is to win the crown of the year at Yule; when one loses, it is not defeat, just a time of rest.

The Holly King rules winter.  Besides wearing red clothing, he has a beard and hat covered in ice.   He is usually followed by a pack of deer.  (Sound familiar, lol.)  The Oak King rules summer.  Despite his long beard, he wears a Holly crown, and his clothes are green.
Throughout the year, the kings represent light and darkness.  Burning candles at this time of year is the most powerful.  Winter Solstice rituals include lighting black and white candles to honor seasonal changes which bring transformation and rebirth.

Don’t miss our Christmas party.  Love you all, Lynn.

Barry
I enjoyed my time visiting Spiritual Uplifts.The business was well stocked and the people is very knowledgeable and very friendly.I will visit again
Read more
Rene Valdes
I am very happy that I followed my intuition to go into spiritual uplifts. I believe it has taken me one step further in my own personal spiritual journey.
Read more
Jacky Nash
I have been here several times and it has always been wonderful. I love the shop and the people. Today, 11/11/21, I went in to look for some new tools and cards to work with over my long weekend. I was stuck between four different decks and I finally asked one of the girls to pick for me. She chose the deck in the photo and I am so grateful to her. It felt immediately right AND when I got home, cleansed them, and did a deck interview I cannot explain how connected and spit on it was immediately. Thank you! I’m sorry I don’t remember your name but I appreciate you for confirming and helping.
Read more
Margarety Montalvo
I had a wonderful Chakra healing session with Will. He is amazing. Thank God for people with divine interventions like his. 🙏👌❤️
Read more
michelle lanier
Love this store so much! Everyone is always so kind and helpful! Taylor and Sabrina are always eager to help with any questions i have! I will continue coming in!
Read more